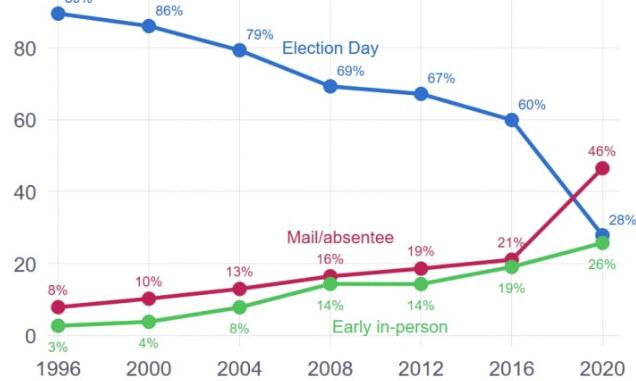 We now see some of why the Dems are in Power

In effect, the dems sided with the left and pre-banned criticism of vote-by-mail at the narrative level five months before the 2020 election. So, using the banning of social media traffic on Covid Truths and Election mail-in problems, that were known to many, they used corporation’s control of social media to affect the Election outcome. And by scaring American with false truths about covid, they mail-in was the only safe way.

In the tweet by KanekoaTheGreat below this is demonstrated clearly. There is so many was the Dems lied to win.