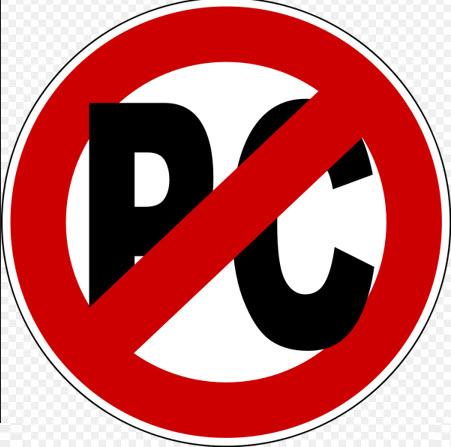 It appears from this article below he lost his job. Lets remember this mans needs in Prayer.

This tweet was when I put it up before PC Police took it down. He made the best case for how foolish the court is with Donald Trump’s Immagration Order. 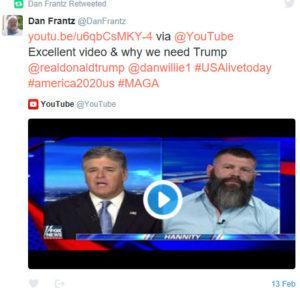 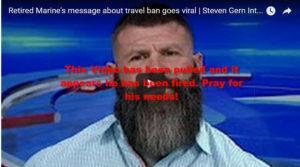 US ex-marine Steven …. was fired from his job in Iraq and sent home after he uploaded a Facebook video supporting US President Donald Trump’s temporary ban on citizens of seven countries entering the US.

The ban was instituted to prevent potentially dangerous people from entering the country before there was an efficient way to vet them properly.

The video, which includes a description of what local Iraqis would do to any American they found, got 44 million views on Facebook.

“So here I am, on my way out of here,” he said in a YouTube video. “Obviously they didn’t waste..time getting me out of the country… Currently I’ve been locked out of Facebook. I’ll probably never be able to come back here to Iraq again, but I’m happy with that.”

Later, on the plane, he said, “Apparently it wasn’t safe for me to remain in the location I was in.”

In an interview with Fox News, Gern said of Afghan and Iraqi citizens, “I was expecting obviously, a call on the radio to make it to the office. And shortly afterwards, I got that call.”

“They’re very good at manipulation. They can manipulate just about anyone. They can tell you what they want you to hear and they can keep that up for many, many years. And then, eventually when it’s time, they’ll do what they believe is right.