Social media attempt to control this election for 2016

Social media control over what we see and do needs to be regulated.  We on the right see this all the time were Google, Facebook, Reddit and Twitter all attempt to control what we see according to what is best for their monetary purposes and political objectives.

We now the Facebook created false article to mislead the public and Twitter quite often suspended accounts that were contrary to their viewpoint. I know the Google and Bing prevented people from seeing this website using Smartscreen and controlled search filters. #botcottMSN and #boycottgoogle Now you can find most pages from the past, but not the new pages. I have blocked MSN and Google from searching my sites. I have changed this site to a Membership site.

Since I feel twitter helped get the word out, they still search my site freely.

Laws need to be enacted to put all American on an equal footing using the Internet.

Below is an article by MRC News blasters that shows American don’t trust the media either by Hugh margins. Read and Comment 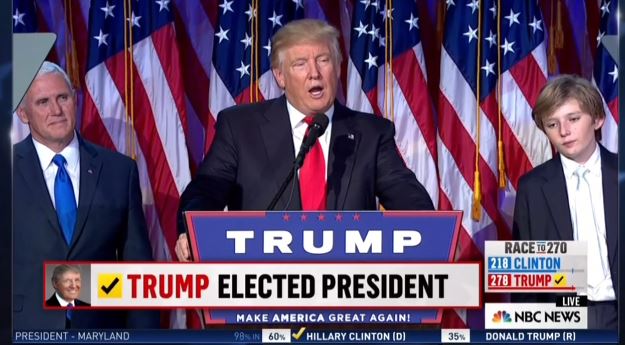 RESTON, VA – The Media Research Center (MRC) announces the findings of a new post-election poll on what actual voters thought about the media’s influence on the 2016 presidential race. The MRC/YouGov poll was conducted on November 9 and 10.

“The media are in full panic mode because the American people rejected their leftist agenda — and them. People didn’t believe the nonsense that the media were politically neutral. Even a third of Hillary’s supporters believe they were pro-Hillary!

“When you have a strong majority of actual voters saying the national ‘news’ media were biased in favor of Hillary Clinton and tried to influence the public to vote for her; and believing they are fundamentally dishonest, you have a major problem that can’t be fixed with an apology. The public has rejected this institution as being either objective or truthful. There is an institutional bias at major media networks that must be repaired and I am highly skeptical that news executives are interested or capable of undertaking this responsibility.

“Despite the overwhelming and persistent bias of this cycle in particular, I am heartened by the fact that, according to our poll, the American people didn’t let it sway their vote. If this isn’t a wakeup call for the left-wing media to stay out of politics, I don’t know what is.”

All figures, unless otherwise stated, are from YouGov Plc. Total sample size was 2006 actual voters. Fieldwork was undertaken between November 9th and 10th 2016. The survey was carried out online. The figures have been weighted and are representative of actual voters.

YouGov is a leading international full-service research and consulting company and a pioneer in the use of technology to collect higher quality, in-depth data for the world’s leading businesses and institutions so that they can better serve the people that sustain them. With offices throughout the US, UK, Europe, the Middle East and Asia, YouGov leverages its online sampling, research expertise and consulting experience to provide clients with sophisticated market strategy, market analytics, and survey and forecasting services.

Since 1987, the Media Research Center (MRC) has been the nation’s premier media watchdog. We don’t endorse politicians and we don’t lobby for legislation. MRC’s sole mission is to expose and neutralize the propaganda arm of the Left: the national news media. This makes the MRC’s work unique within the conservative movement. The Media Research Center’s unwavering commitment to neutralizing left-wing bias in the news media and popular culture has influenced how millions of Americans perceive “so-called” objective reporting. Integrating cutting-edge news monitoring capabilities with a sophisticated marketing operation, MRC reaches nearly 203.6 million Americans each week to educate them about left-wing bias in the media.

The Media Research Center is a research and education organization operating under Section 501(c)(3) of the Internal Revenue Code. Contributions are tax-deductible to the maximum extent of the law. The MRC receives no government grants or contracts nor do we have an endowment. We raise our funds each year from individuals, foundations, and corporations.

Get more like this in your inbox for free!

Don’t See A win for Trump

Reality is setting In