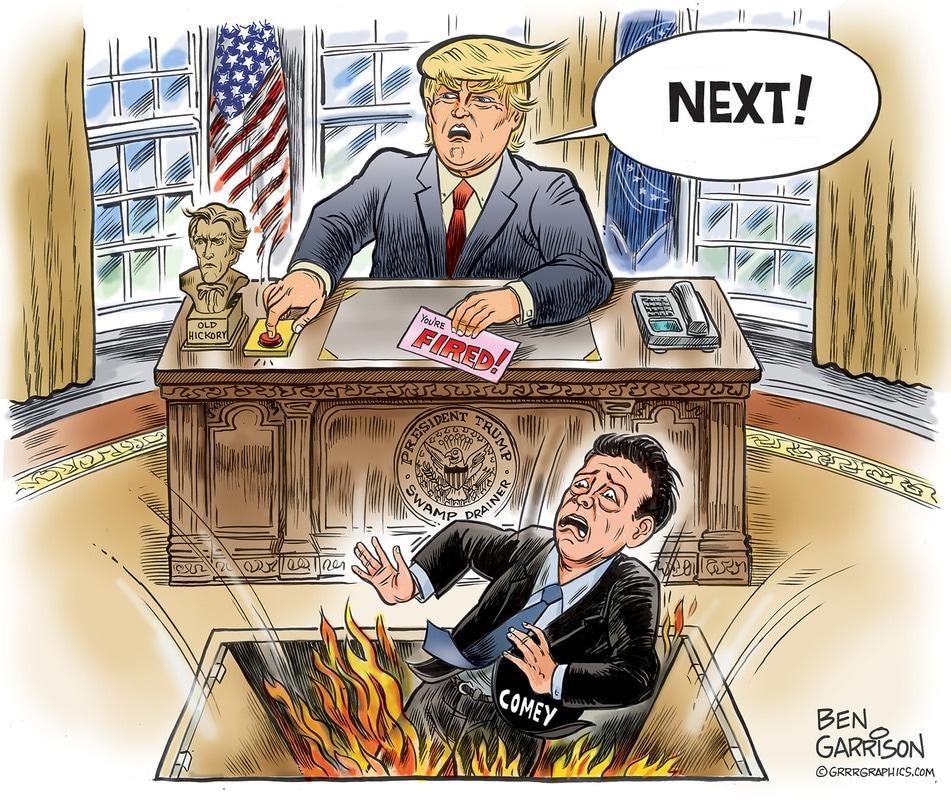 The video below shows why Comey needed to be fired. President Trump was 100% correct in firing Comey as director of FBI. Trey Gowdy and others question Comey’s conclusion on Hillary Clinton’s email.

Since I first edited this article much more has come to light that shows Comey was a part #deepstate and Trump was correct in his move to fire Comey. Sooner would have been better.

Trey Gowdy and others questioning Comey.

Trump busy draining the swamp. Can be tuff at times

This and the featured are from Ben Garrison at grrrgraphics.com Check his site out. He has so many cartoons based current events that one could spend hours viewing and reviewing.

The only good thing new was the former FBI Director James Comey characterized as “almost entirely wrong” in testimony before Congress Thursday.

Republican Sen. Tom Cotton “Would it be fair to characterize that story as almost entirely wrong?” Comey “Yes,” later “in the main it was not true.”

So @CNN and @nytimes are running neck and neck now for the most biased and inaccurate of all mainstream media #FakeNews https://t.co/qANNMiPhj3

As many things about Hillary, this is sickening how she got away with more illegal acts.