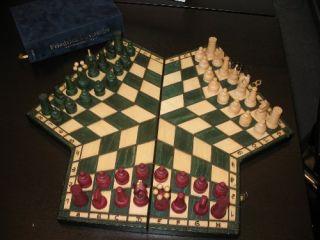 I wrote about this chess game in 2017. Read that article and you will see nothing has changed. Trump, maybe one of the most skill politicians that there is. But once again fighting against the checkmate of the Dems. Better yet the Swamp is a better description because it’s not just the Dems. #Pray4DJT

Donald J Trump has many issues on his plate and has become the enemy of the left. We have watched is political drive carry him to this point. I have never seen a political person in America take on so many attacks and keep going. No matter what happens, he will go down as the Greatest Politician ever seen. But he may have to celebrate in jail for some charge dreamed up by the left. Only Time will tell whether Trump wins or loses this chess game. So, farther he’s on the edge and not out of the game. Amazing!

0 thoughts on “Trump’s 3D Chess Game Then and Now”