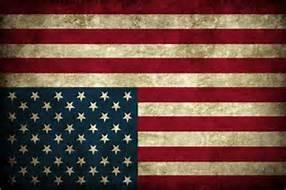 The collusion of the Search Engines, Social Media, Big Letter Media with the Government to give this election to the one party,  in America is so apparent to many of us Americans, that we know our nation will never be the same and the constitution as we know it, is gone. I have been shut out as many other conservative sites across America by Google, Bing and the Big Letter Media. During this election process I have monitored the Internet Traffic. I was pounded all day by Google and MSN. They took copies of every page on my site. But when I did specific searches on my Domain and on my hashtag, America-in-2020.com and america2020.us,  the data was not to be found. Each search engine only had a very few of my pages and the only way to see then is to “quote the search” “America-in-2020.com”. I watch the traffic very closely. For the most part, they are old pages. This site has been around for 3 years.

The traffic I got was mainly from Twitter, but even that was limited even when I paid for it.

America needs laws to bring fairness to the web. Google and Bing have shut out anyone they disagree with. Bing’s Smartscreen is constantly show my sites in the Smartscreen Red alert or warning. There must be a class action lawsuit here somewhere that we can bring against Google and Microsoft. I have filled in the Smartscreen help 30 times to no avail. I collect Name and IP for spam control only. They want me to pay for cert and secure site is what the help page says. I have no way of knowing. I never get a response.

I built websites and supported both Microsoft and Google since their inception. And this is how they turn on the average joe. There is no free internet. This website and several others I do for free. I have given up trying to go with the flow. It’s all about profit, profit with our data and nothing is return.

I will no longer make these opinions and observation available to all. You Must register to view the contents of this site.

Don’t get me wrong. I see value in secure sites and certs. But on my retirement income, I would be broke. I know they don’t give a damn. It’s about time Google and Microsoft give back by providing certs and the current hosting companies provide secure hosting. But since all of the above mentioned companies are colluding to shut out half of the Americans from participating in the current and so-called new government.

What really bothers me, we now have a fourth branch in our government. And they don’t hold to any values except world order.

This game has ended. The next game to be played may not have a winner. Register and become a member of this site.